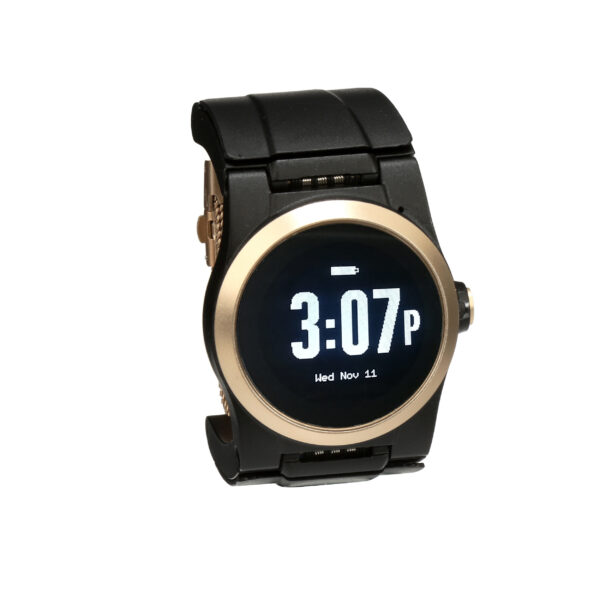 Medical alert watches have an important job. Not only do these tools connect wearers to care services if a fall or accident occurs, they also allow people to retain their independence and age with dignity.

There are numerous smartwatches and health-adjacent wearables available on the market, but these don't perform the same function as medical alert watches, nor were they designed to do so.

And even among the dedicated medical alert watches, not all are created equal. People put a lot of faith in their medical response systems, so it only makes sense to choose a brand that covers all the bases.

The Kanega Watch by UnaliWear is the world's first all-in-one, voice-activated medical alert watch. Its stylish wrist-worn design removes all the stigma associated with clunky medical alert pendants, and it offers an unparalleled level of protection.

Let's take a look at why the Kanega is the best medical alert watch.

The Kanega Watch is purpose-built

You wouldn't buy a bicycle and expect it to perform the same as a car. Sure, it can get you from point A to B (albeit a lot slower), but it's most certainly not the same thing.

It's similar with medical alert watches. Health-adjacent wearables, such as the Fitbit and the Apple Watch, are not specifically designed for use as medical alert tools.

In fact, when it comes to health, the primary function of most of these devices is activity or biometric tracking.

Getting a device that tracks your steps, heart rate and so on provides no support in an actual emergency.

Unlike health-adjacent wearables and activity trackers, the Kanega Watch is purpose-built. It was created to give aged persons and other vulnerable populations (for example, those with chronic conditions such as heart disease ) a superior level of support and access to emergency response services when needed while ensuring independence.

Kanega Watch's fall detection is second to none

The Kanega Watch by UnaliWear is the brainchild of Jean Anne Booth, an accomplished electrical engineer who sold her previous two companies to Apple and Texas Instruments. When faced with the choice of traditional medical alert systems for her mother (many of which are clunky and stigmatizing), Booth was inspired to create a device that afforded wearers a level of dignity combined with superior fall detection.

With help from her mother, who held the title of Senior Experience Officer for UnaliWear, Booth tested several prototypes before finalizing the Kanega Watch's design. The aim was a medical alert watch that made sense in a real-world setting.

Today's Kanega Watch offers unsurpassed fall-detection capabilities, 24/7 connection to professional response services, and, most importantly, automatic connection to care services — in the event of a fall, the Kanega medical alert Watch connects to a response agent who can dispatch emergency services, even if the wearer can't speak or press a button.

It's also the only dedicated automatic fall-detection device connected to an emergency response center that's worn on the wrist. There's no need for the ugly, neck-worn pendants of the past — devices that many seniors actively avoided using, completely negating their purpose!

Sometimes the all-singing, all-dancing option isn't the right choice, and that certainly holds true when it comes to medical alert devices. Is it really helpful for the wearer to be able to check the weather or receive an email notification in the event of a fall?

Not really. In fact, these myriad functionalities could cause a delay in access to care services if the wearer has to navigate a complex interface.

And the device should match the wearer's needs. An expensive smartwatch that can't be worn in the shower isn't a wise choice when you consider that 60% of falls in older adults occur in the home, and many of these are in the bathroom.

When it comes to medical alert watches, you want a purpose-built system that's fit for purpose — not a smartwatch with a couple of additional capabilities thrown in.

Both Samsung and Apple have released smartwatches that include some medical alert functions, but how do these stack up against a dedicated device such as the Kanega Watch?

The Kanega watch was designed to help seniors and other vulnerable populations live independently while remaining supported. It's not a wrist-worn smartphone, and in this context, that's the gold standard.

No wonder the Kanega has won several awards, including Best IoT Device at the 2019 VOICE Summit.

There's no need to compromise safety and security because of unwieldy and stigmatizing medical response systems.

With its sleek and stylish design, the Kanega Watch looks and feels like a regular watch. It's the perfect match for people who want to maintain their independence with dignity, and for those who care for these people.

UnaliWear offers a 30-day, risk-free trial. If the Kanega Watch isn't right for you or the person you're buying for, the company will refund you, no questions asked.

To try the Kanega difference yourself, order your watch here.

Get our Free Brochure

Is a Fitbit suitable for use as a medical alert device?

No, the Fitbit was designed to be an activity tracker, not a medical alert device. In addition, Fitbit products are not equipped with medical alert functionality.

Some Fitbit products can connect to emergency services, however, the wearer must press and hold a specific button for five seconds. The wearer will also need to be able to talk to the operator when the call connects.

Other Fitbit products offer limited fall detection services. When the wearer falls, a designated caregiver and other emergency contacts are notified and sent the wearer's location via Google Maps. Of course, this is only useful if the recipients receive the notification in time.

In an emergency situation, neither of these scenarios is good enough.

A far better option, and one you can truly depend upon, is a purpose-built medical alert watch with automatic fall detection and access to 24/7 monitoring services.

Why is there a monthly fee for medical alert watches?

Because medical alert watches come with professional, 24/7 monitoring services, meaning the wearer has protection even if they're unable to call emergency services.

Unmonitored medical watches are also available, however, these offer far less support and in many cases rely upon the wearer being physically capable of making a call or pushing a specific button.

How do medical alert watches work?

Medical alert watches are designed to help seniors maintain their independence while still providing a level of support and protection. These devices connect the person wearing the watch to a monitoring center. In the event of a medical emergency or fall, the center can then dispatch emergency services.

Advanced medical alert watches are designed specifically for this purpose. That is, they aren't just smartwatches with added functionality. The best medical alert watches, such as the Kanega Watch, run sophisticated fall-detection programs that alert the monitoring center without the wearing having to push a button.

Is the Apple Watch the best medical alert watch?

No, there are smarter options than an Apple Watch for both fall detection and medical alert services.

The Apple Watch is a great product — who wouldn't enjoy checking their emails from their wrist or sending a quick text without pulling out their phone? But its primary function is not to act as a medical alert device.

The best medical alert watches offer 24/7 access to monitoring services and trained responders who have access to all the wearer's critical information; as well as superior fall detection functionality. Only one option, the Kanega medical alert Watch by UnaliWear, also includes voice-activated access to services in addition to the above.

UnaliWear has a no-questions-asked, satisfaction-guaranteed 30-day return policy.  If the Kanega Watch doesn't work for you or your loved one, simply call our Customer Support Team at 833-598-1908 and we will help you process your return promptly and easily.  Note that even with this 30-day risk-free guarantee, UnaliWear has the industry's lowest cancellation and return rate.