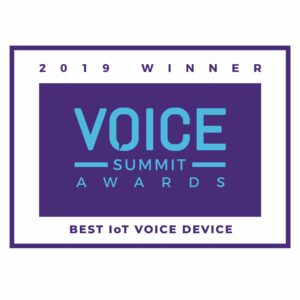 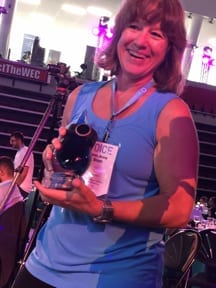 UnaliWear is thrilled to announce that the Kanega LTE watch was awarded the Best IoT Device at the inaugural 2019 VOICE Summit awards ceremony. At the Summit awards, the voice industry recognized UnaliWear’s excellence in pushing boundaries, imagining the impossible, and solving the solvable while using voice first technology. This award showcases that the Kanega LTE watch is a leading innovation in Voice tech and AI solutions.

“The VOICE Summit Awards were created to raise the bar for the voice first community and drive the industry forward by showcasing the next generation of voice tech pioneers,” said VOICE Summit 2019 Conference Chairman, Pete Erickson. “The creativity and ingenuity of the almost two hundred submissions we received made the selection process incredibly difficult for our esteemed panel of judges. Each entrant should be applauded for their efforts.”

VOICE is a multi-day summit at the forefront of natural language processing, sponsored by Amazon Alexa. The 2019 Summit is held at the New Jersey Institute of Technology (NJIT) on July 22-25, 2019 and served as a gathering place for developers, designers, C-level executives, leading brands, and agencies who are reimagining how we interact with technology through voice. The program consists of keynotes, breakout sessions, workshops, and an awards dinner recognizing the best in voice applications across 12 different categories. #voice19 www.voicesummit.ai