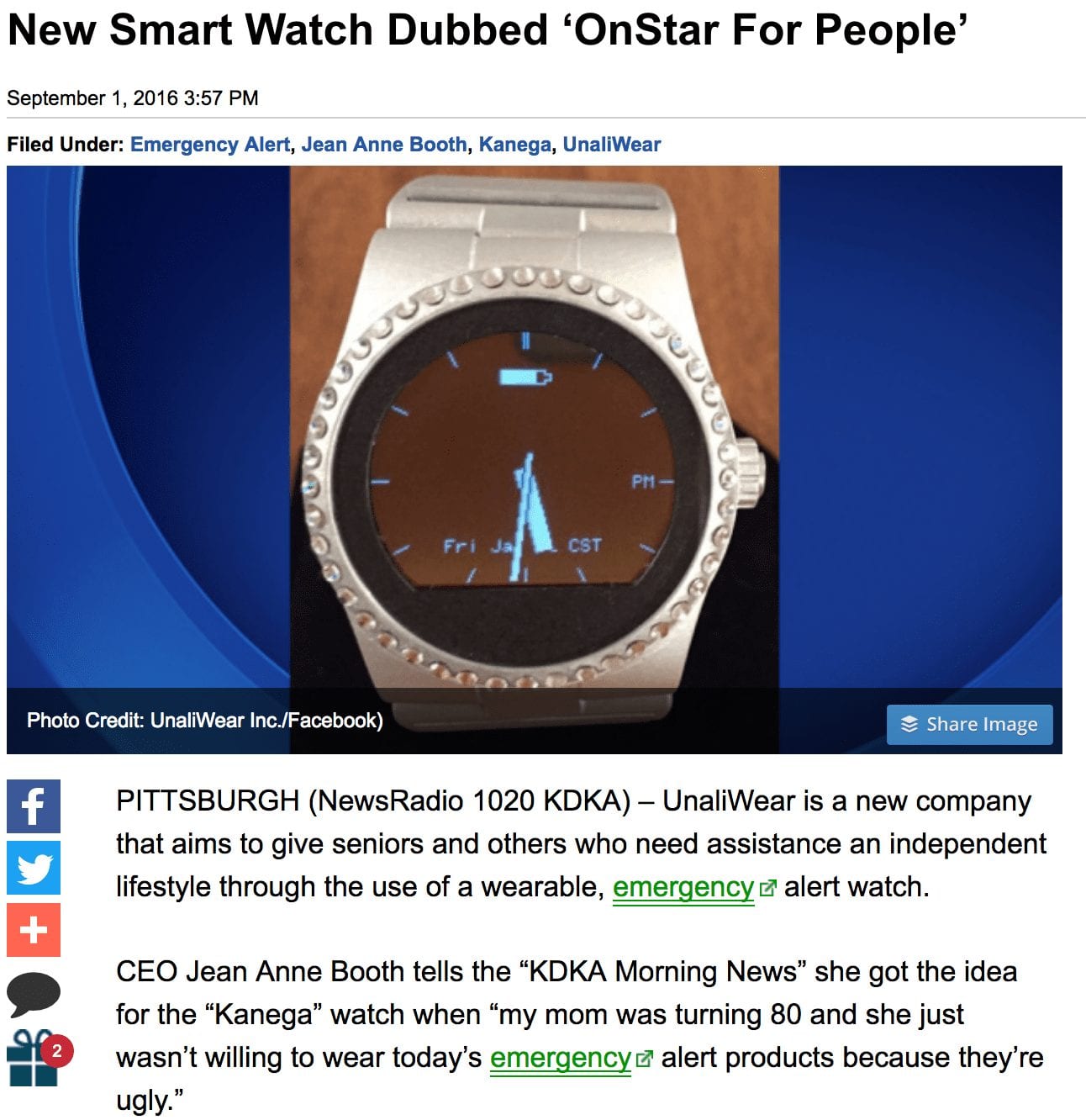 PITTSBURGH (NewsRadio 1020 KDKA) – UnaliWear is a new company that aims to give seniors and others who need assistance an independent lifestyle through the use of a wearable, emergency alert watch.

CEO Jean Anne Booth tells the “KDKA Morning News” she got the idea for the “Kanega” watch when “my mom was turning 80 and she just wasn’t willing to wear today’s emergency alert products because they’re ugly.”

“They’re limited to use in the home unless you have a smartphone and my mom doesn’t have one and doesn’t want one,” she said. “And that big help button [on most emergency alert products] is socially stigmatizing.”

“So we’re the friend that speaks to you,” said Booth.

The Kanega watch is designed for seniors, as well as “any independent but vulnerable person.”

The watch reminds users when it is time to take their medications, helps protect the user from wandering by providing voice activated directions and sends alerts when the user falls.

Booth adds the watch operates by voice command and “learns the wearers lifestyle.”

“That allows us to do preemptive support to help [our users],” Booth said.

Pre-orders are being taken now at https://www.unaliwear.com/ and it is expected to hit the market in early 2017.