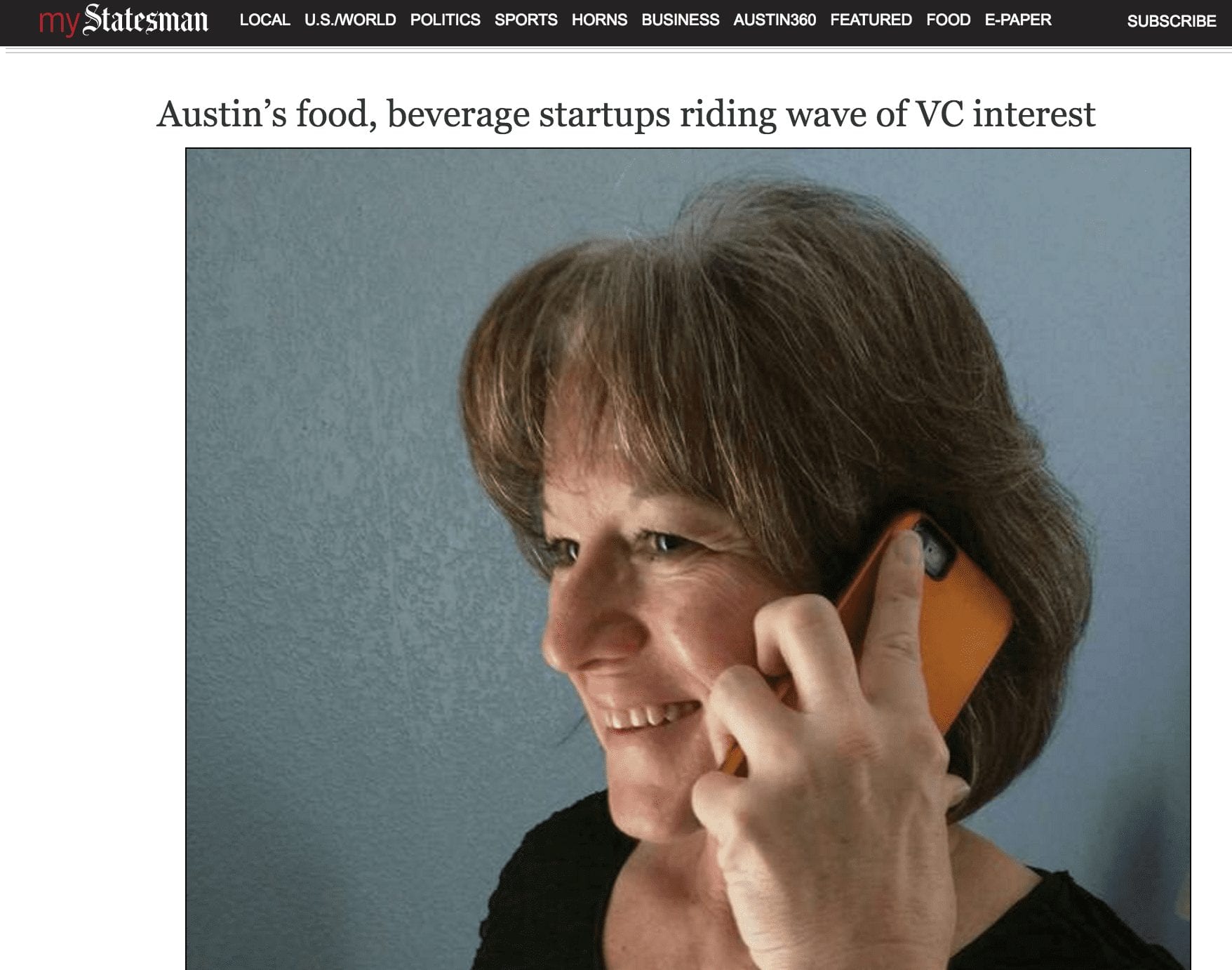 Austin-area startups in consumer packaged goods are riding a new wave of opportunity.

In the first quarter of 2016, three local startups in the emerging sector each raised $3 million or more, according to a PricewaterhouseCoopers and National Venture Capital Association joint survey.

The news for the sector — otherwise known as CPG industry — marked a bright spot in an otherwise tough report for Austin startups that saw a decline in investments.

“Austin is just on fire right now in terms of the growth of the CPG industry,” said Clayton Christopher, an Austin veteran of the consumer packaged goods sector who recently co-founded CAVU Venture Partners, which is focused food and beverage startups. “There is a lot of support.”

Overall, Austin companies drew $141 million in investments in the first quarter of 2016 — a 49 percent decline compared to the same period a year earlier. The report confirmed that Austin wasn’t immune to global trends as venture capitalists slowed their enthusiasm, rattled by economic uncertainties and high valuations for unproven companies.

“I think investors in this market have really gravitated” to consumer packaged goods, said David Smith, founder and CEO of High Brew Coffee, the fast-growing, cold-brew coffee company that announced its own funding round of $4 million this past week. The round was led by Christopher’s CAVU Venture Partners.

“Ten-plus years ago, it was mostly tech (investments). A lot of those investments were a lot less tangible and some delivered really strong returns, but there was a lot that resulted in zero returns,” Smith said. But “in the last seven or eight years, we have seen quite a few successful brands come out of Austin and the list is significantly growing.”

Smith and Christopher are familiar faces in the sector. The longtime friends led the Sweet Leaf Tea Co. brand for 13 years before selling to beverage giant Nestlé Waters North America in 2011.

After the sale, Smith went on to launch High Brew Coffee while Christopher worked with more than a half-dozen Austin brands. One of those, Deep Eddy Vodka, was purchased by Kentucky’s Heaven Hill Brands last year in a deal estimated to be worth $400 million.

“Investors are much more apt to invest in consumer goods when they made a lot of money in a consumer goods company,” he says. “That’s always good for the investor climate. They had big exits.”

Deep Eddy Vodka had a strong base of Austin investors, unlike Sweet Leaf Tea Co., which was fueled by investors in Houston and elsewhere, Christopher said. But there’s still work to do, he said.

“Even though angel investing has gone up each year over the last five, six years, I still feel like it has a long way to go and not caught up with the CPG companies,” Christopher said. But “hopefully that will change. I will do whatever I can to help educate folks.”

Christopher co-founded CAVU in Austin with two New York-based partners in December and today it has nine employees. So far, CAVU — an aviation term for good flying conditions — has made 10 investments worth $60 million, Christopher said.

“I’m super excited and proud to say that CAVU calls Austin home,” he said. “We can plan on growing and making our mark.”

Smith and Christopher are also part of the leadership team at Rhythm Superfoods, which in the first quarter raised $3 million to expand sales and marketing efforts for its kale chips, broccoli bites and roasted kale lines and to launch a new line of beet chips.

The company’s CEO Scott Jensen is another industry veteran, having sold Stubb’s line of barbecue sauces, which he co-founded, to McCormick & Co. in a $100 million deal last year.

“There’s been several companies started and sold here, which has created some wealth,” Jensen said.

One of those is UnaliWear, a 3-year-old Austin company that says it makes “on-call, emergency assistance” watches for the elderly and the chronically ill. The company has raised $3.4 million this year. Unalii is the Cherokee word for “friend.” The watch is called the Kanega, which is Cherokee for “speak.”

Founder and CEO Jean Anne Booth launched the company, which now has five employees, out of her Tarrytown home. Last month, UnaliWear moved into office space in South Austin.

“It was certainly challenging,” Booth said. “But we persevered. But having said that, we are here and on our way and doing great.”

With the funding, 600 people ages 32 to 97 will begin testing the watch, Booth said.